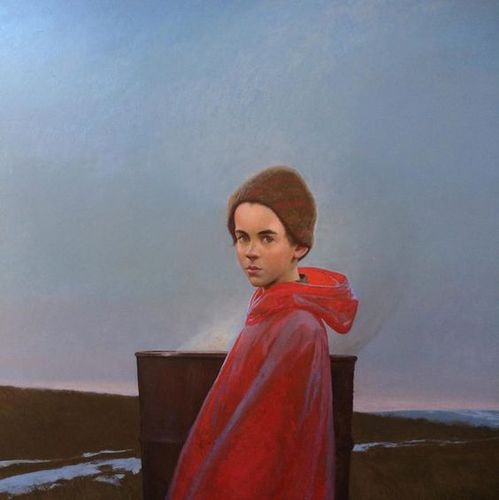 Eliot In Chaddsford, 2014
"The tears... streamed down, and I let them flow freely as they would,
making of them a pillow for my heart. On them it rested."
– Augustine, Confessions IX, 12
Words can not express the gratitude we have for and toward those who have reached out to us in this time of sadness. The passing of our son Eliot has been one of the most difficult experiences in this life. We expect, from the time that we can reason, that our parents will pass. Consciously or unconsciously we prepare for that passing. Humans are not capable of preparing for the passing of a child.
Eliot was a beautiful child. A handsome young man. Ask anyone who knew him and you'll learn that his laugh was contagious and infectious. He was smart, talented,  sensitive and full of reflection - reflection on himself and his relationship to others and reflection on justices and injustices in the larger world. His poetry reveals his sense of humor, his sensitivity and his vehement transparency. He wore his battle scars on his arms. He could be moody and impetuous. He struggled as many struggle. But, never, not once did I allow myself to consider that he would not get through those struggles. This inability makes his passing all the more difficult to adjust to. We will never see him again. I see him in the bright-eyed faces and lean physiques of twenty-seven year olds in coffee shops or standing and smoking on sidewalks or walking heads down texting quickly on iPhones. I imagine briefly that some cruel dream is ending and upon awakening I see him and he is alive after all. But, there is no awakening.
If there is a silver lining in this, it is the love we have felt from acquaintances, friends and family. A constant stream of light flowing our way. We feel it, and it is and has been an inestimable blessing in our lives. We would not have survived without it. Thank you.
Sometimes I imagine ( I assume it's imagining ) that he stands beside me and in his clear voice and quick wit he offers his advices,  saying it as it is – a skill at which, in life, he was most adept. I listen to these advices and take them seriously. It is reassuring that our loved ones both in and out of time are invested in our being and becoming our best selves.
With every occurrence and world event I find myself wondering what his response or reaction would be. Would he have been protesting for Mike Brown, hands up, in Ferguson, and/or Eric Garner, I can't breathe, in Brooklyn?  He was raised on protest. When he was still a child, he accompanied me in the streets of Philadelphia, on the Mall in DC and in Central Park in New York to protest wars and the specter of wars. He accompanied me to regular silent vigils with the Quakers at the Liberty Bell. He was on the streets with us in Lower Merion when our family friend Erin Forbes was shot and killed by the police for driving while black. Eliot knew to stand up to injustice. And it is with a mix of sadness and relief that I confront the realization that each new world event marks something that will not now have to trouble him. Eliot always sought peace, for himself, the family, and the world. It is difficult to describe how I know that Eliot is now at peace. But, I know that he is. I sense that he sees the bigger picture now. I find this reassuring. Now, he sees through the glass clearly.
Although I tried, I was never able to, through fatherly guidance, help him harness his massive talents. He was equally gifted in the art of drawing and with language. Between the years of 12 and 16, was with me every Saturday morning in the studio, seriously drawing and painting. He worked alongside PAFA students twice his age matching them stroke for stroke. As a young poet in San Francisco, he wrote prose from his heart. It pains me still that together we were not able to steer his great talents. But, his struggles overtook him.  These struggles seem to be epidemic in a certain demographic of our youth. If you have one of these young people in your life, love them, encourage them and never give up on them. Love, love, love.
In weighing what is next for me, I look at the difficulties many endure in our culture, I see young people who struggle, who can't perceive of a future for themselves. I want to rededicate myself to being present for those in need of help. For me, it is about personal survival, and the only source of hope is in giving of oneself. The planned opening of The Bo Bartlett Center is scheduled for  2016. We are currently working on a book and planning the opening exhibitions. Docents are in training and the public is getting a glimpse of the holdings through a series of talks entitled Meet the Collection in early 2015. The Spring Master Class is scheduled for March. But, programming within the community is already starting. The Center is sponsoring an Art in the Schools program which will begin in February. We are also in talks with Georgia Council for the Arts and colleagues who will help facilitate an Art in Prisons program, Art with the Homeless and Art with Soldiers with PTSD from Ft. Benning. We ask for your blessings in these endeavors to effect positive change through the Arts. And we look forward to all that is to come.
With Love and Light,
Bo
www.BoBartlettCenter.org