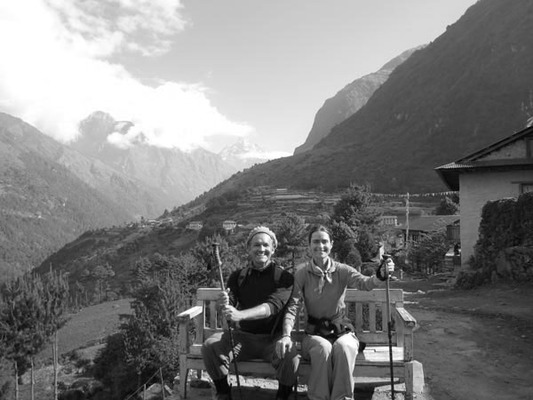 Freedom Agree Fun Awesome
We live in a fish bowl.  Have you heard the story of the teen who had graduated from high school and was about to go off to college; deciding that he couldn’t take his beloved goldfish (which he’d had for years) to college with him, he’d set it free. So, he takes it down to the bay, at the edge of the ocean, and they say their goodbyes, and he turns the fishbowl upside down and his goldfish splashes into the sea.  The teen expects to see his fish swim away happily into the deep blue sea, but instead, the teen looks down to see, his fish swimming around and around in a tiny circle, just as he’d always done in his fishbowl.
Having recently returned from a trip around the world, Betsy and I are currently on Wheaton Island, twenty three miles off the Maine coast in the North Atlantic. We traveled for two months. We saw the art market in Hong Kong (which we are very interested in), the Monasteries and Stupas of Kathmandu (on Buddha’s birthday), we trekked up to Namche Bazaar where we were curtailed by altitude sickness. We journeyed into the New Egypt, cruised down the Nile, spent several weeks in Greece (in Athens and the island of Ios), we stayed near the Duomo in Firenze for a couple of weeks, traveled around beautiful Sardenia, and flew out of Paris back to Seattle.  Many friends asked us what set us to traveling. Our response,  “we have lost a few of our dearest friends in the last year, we realized that life is short, we have our health, our parents are doing ok, it seemed like the right time.”  There were many opportunities for values clarification on our trip.  We only booked the initial flight to Kathmandu (via Hong Kong) then we had a departure ticket out of Paris two months later. Everything in between was wide open. We decided where to go and what to do next based on how we felt each day. Betsy became a pro perusing Trip Advisor on her iphone, finding the next local restaurant or quality hotel, and booking our travel arrangements on the fly.  We’d decided not to be bound by the artificial structure of an itinerary. We had a motto, “FAFA!”, which was an acronym for  Freedom,  Agree, Fun, Awesome.  When we would be tired from travel, or were at a point of potential disagreement, or uncertain of our mission, or feeling some cultural misalignment, one or the other or both of us would muster our better nature and playfully shout out “FAFA!” This kept us in a kind of solidarity. We were of one heart and mind. When faced with a decision about whether to go to Venice to the biennale or spend more time on Ios, or to Basel for the Art Fair or whether to go to Sardenia, we would just gauge, ‘what do we really want to do?’ Several times we liked where we were so much that we almost stayed. Twice we manifested and almost rented apartments; and moved to Ios and Firenze- only to decide with time that we wanted to keep traveling. We were the bosses of ourselves, we felt like kids in the candystore of the world.  In retrospect it is difficult to reveal in a concise sentence or two ‘what we learned’. But I will try.

We were able to travel because of the work that we do, we are artists and our time is our own. We had saved enough time and resources to travel and were not constricted by any scheduled deadlines or exhibitions. We were intentional in our decisions to carve out our freedom.  We saw first hand the great disparity of wealth. The poverty in the world is overwhelming.  Americans need to travel more to realize just how good we have it, even in these ‘downturn’ times. Even with all of the struggles in this country, America is probably as good as it gets in terms of a civilized culture.  OK, I know, the Egyptians, Greeks, Italians and French have so much history and high culture, but, it is all in the past, they are all just coasting on their past achievements. They have a good time and it is fun to visit, but.  And, the spiritual cultures of India, Nepal and the Middle East are devout in their religious practice, but they are not psychologically aware of the way the multi-cultural post- modern world has evolved.  So, there are the constant barbs of dogma and the constrictions of gender which are not experienced in ‘more advanced’ cultures. I know that this is prickly territory - all cultures are different and evolve at their own pace, while one might shine artistically or spiritually, another will shine industrially or technologically.  We are all different. But, What I began to see on this trip more than any other I’ve taken, is just how well off America really is.  Whether, it’s the burqas in the Middle East or the leers and stares of the Italian men toward women, chauvinism and sexism are rampant.  Women are not respected in many other cultures.  Our Egyptian guide talked to us about how his wife just stayed in all day everyday to cook for him and his children.  If she were to go out, she’d dress head to toe in a burqa.  Betsy found that in Egypt she had to cover herself in scarves to keep the men from staring.  This could be written off as just cultural, and we could accept it, but, there is really something deeper going on here. I’d thought of Egypt as more ‘modern’. I was surprised that just outside of Cairo, the roads quickly become dirt and the homes become ramshackle. Even in Cairo (as in all of Egypt) one can see rebar sticking out of the tops of every building. When we asked some Egyptians about this they were slow to answer, almost as if they no longer saw it, finally one  man said, he thought it had something to do with ‘taxes’. Yes, if they do not ‘finish’ a building they don’t have to pay taxes on it.  So most buildings are unfinished, even though families are living in them, there are whole floors with no windows or doors and rebar sticks out of the roof to proclaim their ‘unfinishedness’.  Our taxi driver in Cairo went on and on about how no one has work in Egypt and how in America if there is no work, everyone just gets to live for free. 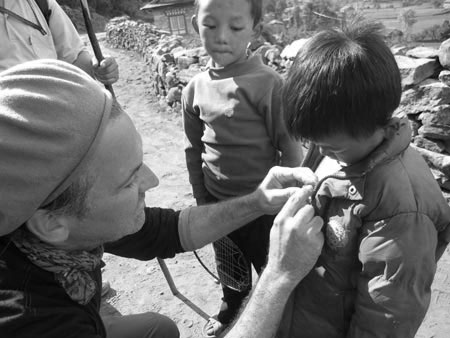 We hear a lot in America, usually from conservatives, that ‘Freedom isn’t Free.’  I don’t see how Egypt will be able to form a valid new democracy with a mindset that is based on getting around paying ones taxes and being proud of it, and or blind to it.  Most often, when we hear in America, that ‘Freedom isn’t Free’, it refers to the cost of war, often in the lives of the brave soldiers who gave their lives for freedom. But, I think of it in regards to civic responsibility.  I see ‘Freedom isn’t Free’ to be about realizing that we have to pay our taxes to have a high level of services. We have to be willing to pay our taxes to live in a civilized culture. 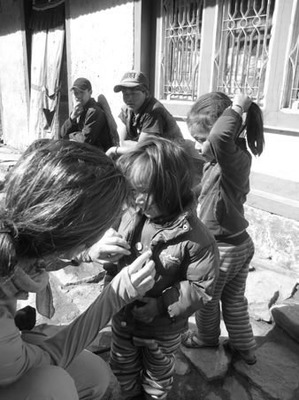 As I write this, the Congress in Washington is deciding how it will face the financial debt crisis that has brought our government and America to its knees.  Partisan bickering is epidemic.  Personally, I disagree with spending half of our budget on defense.  I feel strongly that if most of that money were spent here at home on local programs, rebuilding, education, and infra-structure, we wouldn’t be in the situation we are in today. I have on occasion been tempted to hold back a percentage of taxes, that I disagree with paying, out of some sort of revolt/protest against war, but, I know it wouldn’t make my point, and would only get me in tax trouble.  So, I have always, given over to the adage,  ‘pay Cesar what is Cesar’s’.  Life isn’t free; we have to pay. If we want roads, services and mail, we have to pay for them, they are not socialist programs or big government.  Any hobbit who claims that we all should pay less taxes isn’t facing the reality of a ‘free’ society. Obama’s call for “compromise” to lower the debt and eventually balance the budget, is wise.  We may be free to disagree, but we are more free, when we choose to agree.
So, what wisdom did I glean from our travels… like it or not, America is as good as it gets.  Our sense of what freedom means is as evolved as any culture in the world. We need to hold onto what is functional and working in our society and shuck what is backward and retrograde.  Evolution is slow. We move one step forward and one step back, shuffling unsteadily into the uncertain future.  But we have to manifest out of our better nature. What is that better nature?  How do we find it? It is found in asking ourselves “what is the most loving thing to do for the most number of people.”
Like our government , we need to get to work everyday operating out of this  broader mindset. Special interests and our own selfish desires need to give way to working toward a betterment of the whole.  When we see the bigger picture, then we’ll be able to swim beyond our own little fishbowl, and start to explore the greater world.   Then, we’ll be truly free.
So, “FAFA!”