Fall 2011
Our ancestors viewed the earth as rich and bountiful, which it is. Many people in the past also saw nature as inexhaustibly sustainable, which we know is the case only if we care for it. It is not difficult to forgive destruction in the past that resulted from ignorance. Today, however, we have access to more information, and it is essential that we re-examine ethically what we have inherited, what we are responsible for, and what we will pass on to coming generations.
–His Holiness the Dalai Lama 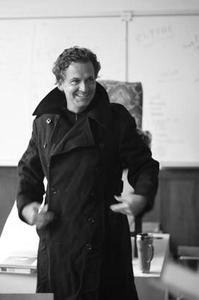